Michael Nimier says his life started age 16 after the sudden death of his father. His mother, a devout Catholic left in sole care of five young children, sought the advice of a certain Monseigneur Josemaria Escriva in the Vatican. Through a series of letters between her and the Padre the Opus Dei awarded Michael a borsa di studio (scholarship) to study at the Universita’ di Roma

Michael’s mother, who hailed from Greece and embraced Catholicism on marrying his father, instilled in her family the value of education above all else

Michael remained in Rome for four years, “the most stimulating and exciting years of my youth”. In Rome at the Residenza Universitaria Internazionale RUI (the Opus Dei’s students’ residence at the time) Michael met and had several conversations with Monseigneur Josemaria-Escriva the founder of the Opus Dei who later became Saint Josemaria-Escriva when he was canonised by Pope John Paul II “I believe I am probably one of few who can boost meeting and befriending a real life saint !” 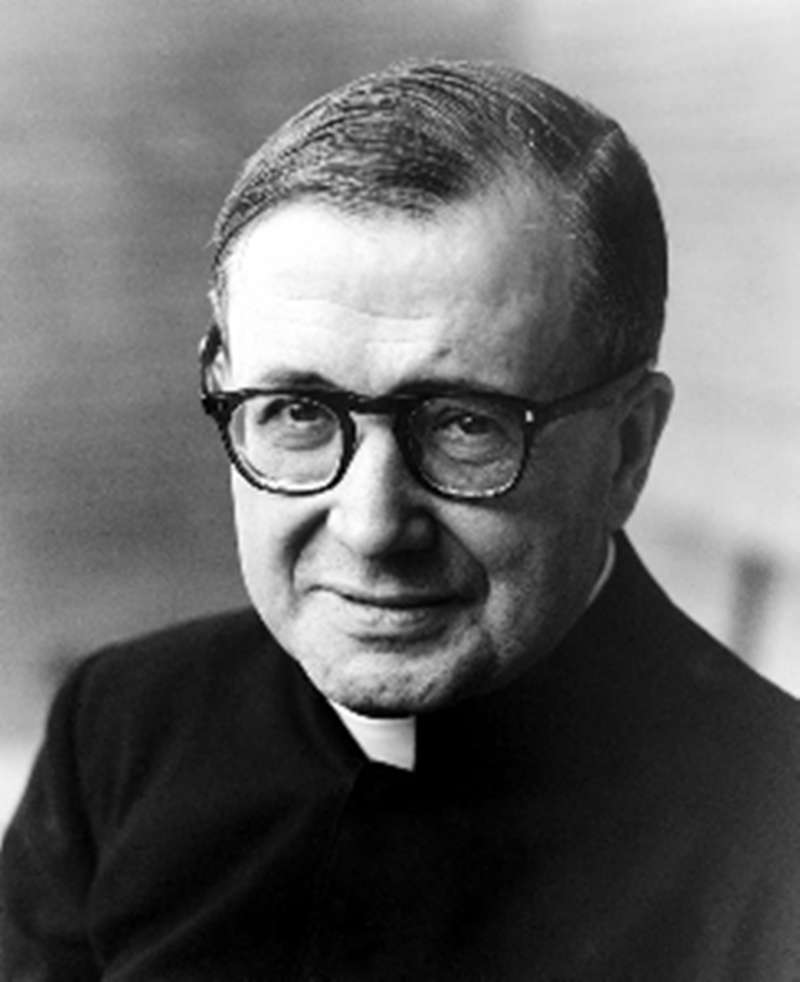 Michael was not comfortable with the religious constrictions of the Opus Dei, and by the end of his first year at the Residenza he was “asked” to leave. He believes that in the many discussions he had with the Monseigneur it became apparent that his questioning of all religious dogma did not bode well for his prospects at the organisation. Holders of Opus Dei scholarships were viewed as budding future members of the organization who would one day return to their countries of origin and “lead the way to Christ” as described in the Padre’s iconic book il Camino-The Way. This “reawakening” had a liberating effect on him which as a new born anti-theist ultimately lead him to abandon all religions and embrace life-long freedom of thought.

In his fourth year in Rome, he met and became close to a young English woman, working at the Food and Agricultural Organization of the United Nations. When she asked him to accompany her on a “two-week holiday” in the UK, he jumped at the opportunity of exploring a new country. As fate would have it neither of them returned to Rome “leaving all my worldly belongings at the pensione where I lived

In the UK Michael was admitted to SOAS University of London where he was awarded an MA degree in Area Studies (Middle East), and a Doctor of Philosophy (PhD) in Politics

Prof P. J. Vatikiotis
Michael’s Doctoral Adviser at SOAS. His book on Islam and the Nation-state was instructive on Islamic study

Upon graduation from SOAS he was hired by McKinsey and co, the American Management Consultants as an Associate Research Analyst where he participated in projects in Saudi Arabia including the re-organization of the Saudi Ministry of Rural and Municipal Affairs.

On leaving McKinsey, Michael established his own independent consultancy in international education. He later helped setting up E-Learning International in Los Angeles and subsequently became director of its world affiliate AUOL online.

Having spent most of his professional life in Europe, (UK, France & Italy ) Michael considers himself an ardent European who believes that the answer to Britain’s regrettable Brexit is to strengthen the institutions of the EU eventually leading to the establishment of a United States of Europe. In his opinion this is paramount for the security of Europe and the world and for the establishment of a powerful economic and political continent in this fast-changing globalized world. He strongly believes that the days of the nation state are over.

Michael has been involved in international education as a teacher, administrator and writer for many years. He has had numerous articles published in journals and newspapers. He has lived and worked extensively in the Middle East and is a fluent Arabic speaker.

Tweets by @michaelnimier
Scroll to top